Jewish Family Services’ Board of Directors sets the overall mission and goals for the organization. We welcome all inquiries into board membership. Please email Executive Director Michael Barnett at michael@jfswnc.org for more information. 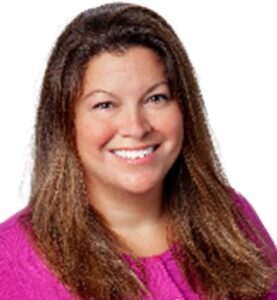 Lisa Rothman is a shareholder with McGuire, Wood & Bissette, P.A.  Her practice focuses on assisting surviving spouses, children, and fiduciaries through the probate process. She handles the preparation and filing of court documents, and assists with the coordination of disbursements to creditors and distributions to beneficiaries. She works with fiduciaries to prepare court accountings and consolidate supporting documents. Lisa also advises trustees regarding the creation, funding, and administration of trusts. She regularly coordinates with families, financial advisors, accountants, other attorneys, government entities and financial institutions to secure timely and thorough administration of complex estates and trusts.

Belinda Brandon has a Ph.D. in economics from M.I.T.  She worked at Bell Labs research, AT&T, and, before she retired, Lucent Technologies; at Lucent she held director positions in procurement, quality management, and finance, among other assignments.  She lived in Asheville part time for five years and full time for 13 years.  She was a board member and president of the Asheville Lyric Opera, treasurer and a board member of Under One Sky (an agency that facilitated the adoption of older children), board member and president of her condominium association, and, before moving to Asheville, President of the Corporation of Central Presbyterian Church of Summit, NJ.  At JFS, she has been a board member since 2013, treasurer for two years, and president for three and a half years.

Michael Dulion is an accomplished senior executive and board member with over 30 years of leadership experience in a variety of mid-market companies in diverse industries.  He has led organizations through start-up, accelerated growth and major turnarounds, with experience on both the buy and sell sides of M&A transactions. His experience includes international sales and offshore operations in China and Mexico.

Michael has spent much of the last 15 years consulting for midmarket companies in transition, assisting them as they move through phases of early stage development, make major strategic shifts in sourcing or work through troubled/turn-around situations.  From developing strategic and detailed business plans through execution of major change management Michael leads or assists organizations in accomplishing their goals. Prior and during his time consulting Michael has been President and COO of three different companies, in both the private and public sector.

Michael has a degree in mechanical engineering from Georgia Tech and his core expertise is in operations where he spent the first 15 years of his professional development in progressively more responsible management positions, culminating as VP of Operations for several firms.

Dr. David Leader practiced as a General Adult Psychiatrist, providing psychotherapy and medication evaluation and management services at Dreyer Medical Clinic (now part of Advocate Aurora Health Services), Aurora, IL, from January 1986 to March 2015. During that time, he additionally served in administrative positions there of Department Chairman, Associate Medical Director, and Medical Director of Psychiatry and Neurology.  He had a secondary appointment at Advocate Health Care, Oak Brook, IL as Medical Director of Psychiatry from 2014-2015.  He served on the medical and administrative staff of Presence Mercy Medical Center (now Amita Health) and the consulting staff of Rush-Copley Medical Center (Consulting Staff): from 1986-2010.

Rae Booth began her career in corporate America in the human resources field.  20+ years spent working for a Chemical Manufacturing company, Financial Services Company, and a Pharmaceutical Company where she played an active role as the Organizational Development Specialist.  Her responsibilities led her to be sought as a change agent who sees people, processes, structures, training, tools used to get the job accomplished and re-engineer the organizational structure to be more proficient and profitable.  In 2006, Rae stepped into the entrepreneurial world in the healthcare industry and launched a new brand in a new market in the Appalachian Mountains of NC. Rae is known for creating something out of a blank canvas.  She developed a Senior Shelter System in DE, which removed folks from violating situations and into a safe place.  Through collaboration and persistence, anything is possible.  Outside of work, she loves to spend time with her grandson and family.  The nature around the Asheville area brings vitality to her spirit through kayaking, hiking and picnics on the Blue Ridge parkway.

Devorah Holan has over 20 years of experience in leadership roles in technology, including 15 working in electronic health record (EHR) organizations.  She has worked in companies from small to large, including emerging startups, and understands the needs of all sizes of organizations.  She currently leads a team of over 30 technology professionals across the US and South America. Devorah’s area of deep expertise is in data movement or extract, transform, load (ETL) of patient data.  This includes data transport types such as HL7 (healthcare industry standard for discrete data movement) and DICOM.  She also has experience in EHR training and implementation. Outside of her professional career, Devorah has many years of experience as a volunteer.  She has spent years volunteering in animal care agencies such as the Broward County Humane Society and Fort Lauderdale Wildife Center.  She served on the Board of Directors of the Asheville Jewish Community Center (JCC) and served as Board President from 2014 – 2016.  Devorah enjoys running and other outdoor activities, is a brand ambassador for Oiselle (women’s running movement brand), and travel.  She is fluent in Spanish and English and speaks a bit of several other languages. 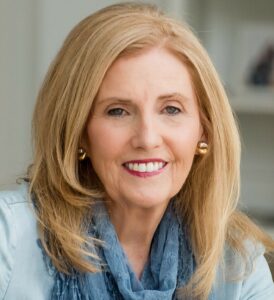 Janet Oppenheimer, MBA, APR, Fellow PRSA, retired in 2017 after serving 46 years as a public relations practitioner – 14 of those years, owning her own PR firm in New York and Coral Springs, FL. For 15 years she served as Communications Director and later Financial Resource Development Director at the Adolph & Rose Levis JCC in Boca Raton, FL. Previously she was the Communications Director of the Soref JCC in Fort Lauderdale. In 2006, she reopened her independent public relations consulting firm in Asheville and became the Executive Director of the Jewish Federation of Western North Carolina. In 2011 she became the Public Relations Manager at the Western Carolina Medical Society, and from, 2013- 2017 Janet served as the Public Relations Specialist at Blossman Gas and Alliance Autogas based in Asheville. A PRSA (Public Relations Society of America) member since 1979, Janet has served in various leadership roles over the years. In 2007 she became one of 350 PRSA members earning the Fellows designation in the U.S. In June of 2021 Janet earned her Broker license in North Carolina and affiliated with Nest Realty in Asheville. Janet currently serves on the boards of JFS of WNC, the WCMS Foundation Development Council, the Jewish Federation of WNC, and is an ad hoc advisor for the WNC Chapter of PRSA. Janet holds a BA in Marketing Communications and an MBA from Nova Southeastern University in Davie, FL.