“Like my mother, generosity is something that comes second nature to me, and it is my wish to provide for the generations.”
-Dee Weiner 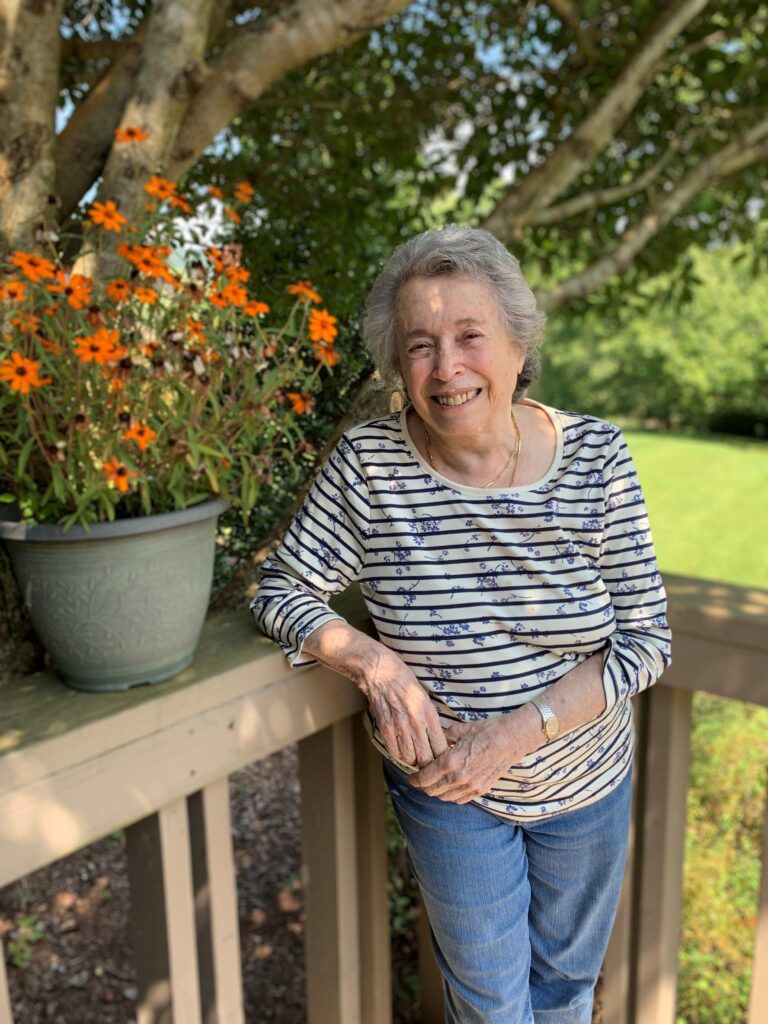 Dee Weiner is one of the People of WNC whose generosity impacts so many throughout our community – and will for years to come. Dee began supporting JFS 15 years ago, and to this day, continues to be JFS’ largest sustaining donor. When asked why she gives to JFS, Dee shared that JFS has always been an organization where she felt that she belonged. Dee is confident that JFS will maintain and continue to increase its positive impact on the community and the region and has honored JFS with a legacy gift!  By including JFS in her estate plans, Dee has ensured that the things she values will remain with the community. She is helping build a vibrant, enduring community for generations to come.  Dee’s generosity and vision will have impact that lasts far beyond her lifetime, helping to complete the work of her heart.

Dee was born in Vienna as Ditta Seidler during the darkening days of the 1930’s.  When she was five years old her father was arrested by Nazi storm troopers and her grandparents “used every penny they had” to buy his release, after which he fled to England.  Shortly thereafter, Dee and her mother boarded a boat headed for the United States. Dee turned six in transit and when they arrived in St. Louis, MO, she recalls receiving help from the Hebrew Immigrant Aid Society (HIAS). Her family’s financially comfortable life was traded for safety in the US.  Dee describes her parents as “just wanting to survive,” but also remembers her mother as a very giving, generous person. Her father, who had owned a car dealership in Vienna, became a theater usher and her mother worked as a cook. From St. Louis her family moved to New York, and moved again when Dee was 9 years old, this time to California. Dee’s father worked as a salesman for the Fuller Brush Company, much to the embarrassment of young Dee. Later, her father began selling bicycles, which eventually grew into a successful enterprise.

At age 20 Dee graduated with a degree in English from the University of California at Berkley, and married Mitch Weiner.  Mitch had 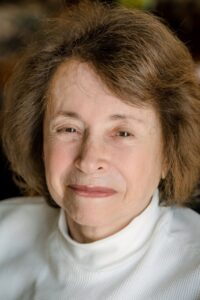 immigrated to the US from Romania when he was 14 years old.  Mitch began to work in the bicycle business with Dee’s father, learned the business, and made many connections. He eventually started and grew his own successful business manufacturing and selling Diamondback brand bicycles.  Dee and Mitch had three children, Robin, Bobby and Janet. In the 1980’s Dee and Mitch divorced, and in order to help support herself and her children, Dee returned to college to become a nurse, specializing in psychiatric nursing.  Dee loved this work!  She reflects upon that work as life changing and profoundly affecting her in her later years.  Dee followed in her parents’ footsteps, doing what she needed to do to survive in a difficult time.  Dee and Mitch remained friends, and after 15 years of separation, they returned to each other, and were together until Mitch’s death in 1996.

Dee’s philanthropy grew after Mitch’s death.  To her surprise, he had been quietly donating to several organizations. To honor his memory, she continued this spirit of philanthropy.  Dee’s life story is reflected in her own philanthropic interests.  Dee’s generous donations to JFS are due in part to the connection between her story and the organization’s work.  Dee has always appreciated the outreach and service to everyone in our WNC community.

Dee’s practical nature is also reflected in her philanthropy, as she wanted her financial resources to be useful, “not just lying around.”   Dee’s advice for other donors is to “give it away, but make sure you are giving it to organizations that will really be able to use it.”  Dee notes that JFS holds a very special place in her heart. “I really love and appreciate what JFS is doing for the community.”  In addition to her generosity to Jewish Family Services, Dee’s philanthropy has touched the Asheville JCC, The Asheville Lyric Opera, Pan Harmonia and the Asheville Art Museum, among other organizations.

Dee stays active taking Pilates weekly, enjoys her family and friends and likes to explore new lunch destinations. JFS is forever grateful to Dee Weiner for her many years of extraordinary dedication and support.